“Puget plans to shutter Colstrip’s two oldest units no later than 2022. The company splits ownership of Units 1 and 2 equally with Talen Energy. The two companies agreed to close the units to settle a clean air lawsuit. Additionally, Puget has an agreement with Washington state regulators to be financially ready by December 2027, to decommission Colstrip’s remaining units.”

To read more on this topic – visit the Billings Gazette article.

Back in 2008, Jory Ruggiero represented 57 Colstrip residents whose groundwater had been contaminated from the power plant’s coal ash ponds and obtained a $25 million settlement from the seven power companies. 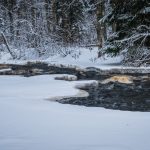